Some posts on this site contain an affiliate link. Affiliate links are used in an attempt to offset the operational costs incurred by running this website. Clicking on an affiliate link does not increase the cost of the product if you buy it. It does mean that I MAY make a commission if you purchase the item. As an Amazon Associate I earn from qualifying purchases.

Quick summary. Willy’s been really straining to poop and vomiting when he tries. He hasn’t been drinking at all, also hasn’t been urinating. On Friday 08/16/19 Willy was given an enema, along with subcutaneous fluids for dehydration. Vet #1 said his colon was blocked but she didn’t think it had progressed to megacolon. Vet wanted to do tests but sent us on our way when she learned we were out of cash. What’s below is a summary of what’s happened this week, broken down day by day. 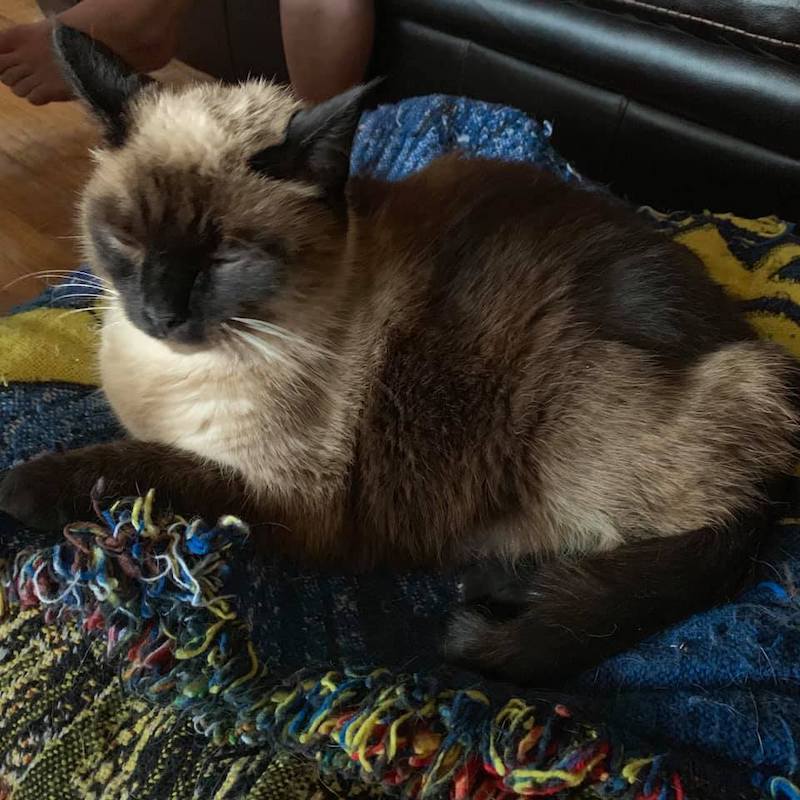 Willy has been staying close to me. A woman in a local Facebook group Jo connected me with someone about 30 minutes south of me that is trying to help, she has an organization that tries to help pets and pet owners. Jo said she will be reaching out to her organization’s vet first thing Monday morning. In the meantime, she connected me with a cat foster mom located 5 minutes away from me who welcomed us and gave Willy subcutaneous fluids.  My beautiful boy is clearly not feeling well but he’s hanging in there, all there is to do now is wait and pray.

My beautiful baby boy hasn’t given up yet. He’s not eating much but hasn’t lost interest in food itself. He’s still not urinating and he’s producing little to no poop. Jo said she’d take us to her vet, but they’re packed with sick pets today so they don’t know if they can get us in. We’ve been placed on a cancellation list and if that doesn’t work we have an appointment there first thing tomorrow morning. Willy still shows no interest in drinking. 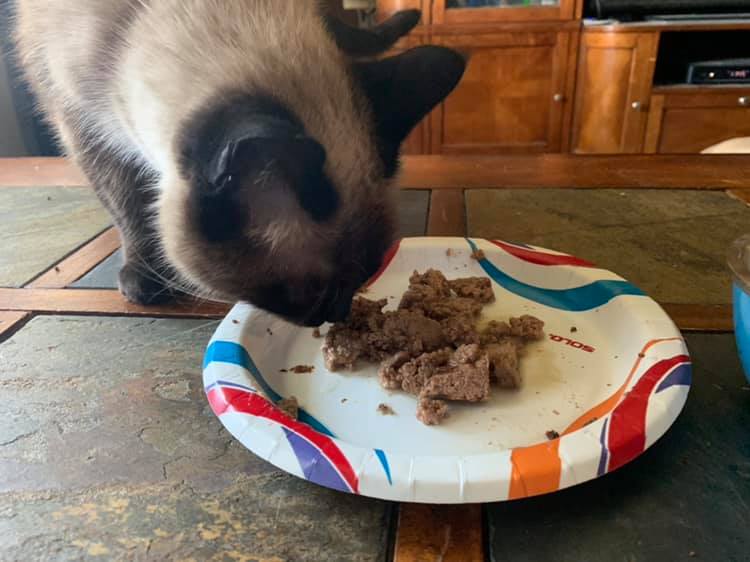 Monday afternoon I got a call from the Vogel Vet Center at the Monmouth County SPCA. This is where I took Willy on Friday. These are the people that sent us on our way because we were out of cash, knowing Willy needed treatment. The young woman on the phone said they’d called to see how Willy was doing. I let her know there was no change, he was still fighting to hang on to life and we were still trying to find him help. Her response was a very blasé “oh ok have a great day.” I get this charitable organization wants money and won’t treat without it and won’t take payments but come on, really, a few compassionate words would be charitable and cost nothing. I am filled with disgust.

Later Monday afternoon we got the call the vet could see us. This is now vet #2. We meet Jo there. Vet #2 puts Willy under sedation and removes poop from his colon. He also gives subcutaneous fluids. He told me that he didn’t think willy had megacolon. I feel so grateful for Jo’s assistance, this stranger trying to help me and my boy. I have hope.

Tuesday morning I check in with Jo by text, who in turn is checking in with the vet by phone. I explain Willy did poop a little after the enema but he’s still not drinking or urinating, and still vomiting with the noise. I’m told to go back in to the vet, where he’s given subcutaneous fluids again.

During the morning checkin text I again mention Willy isn’t drinking or urinating, and that he’s now once again really straining to poop. I’m told to bring Willy back to the vet.

Vet #2 examines Willy and gives subcutaneous fluids. He tells me he now feels Willy has megacolon and that there’s nothing he can do. He says there is a surgery for megacolon but it is expensive and he doesn’t do it. He estimates the surgery at $4,000-$5,000. is recommendation is to put him down. I tell them I need a day. Willy is scheduled to be put down on Friday 08/23/19 at 3pm.

I drive the 30 minutes home in tears. I don’t want to say goodbye to my beautiful boy but I also don’t want him in pain. I don’t understand how Willy could go from 2 vets saying he didn’t have megacolon to 1 vet saying he did in a matter of 3-5 days. So I start reading about megacolon. 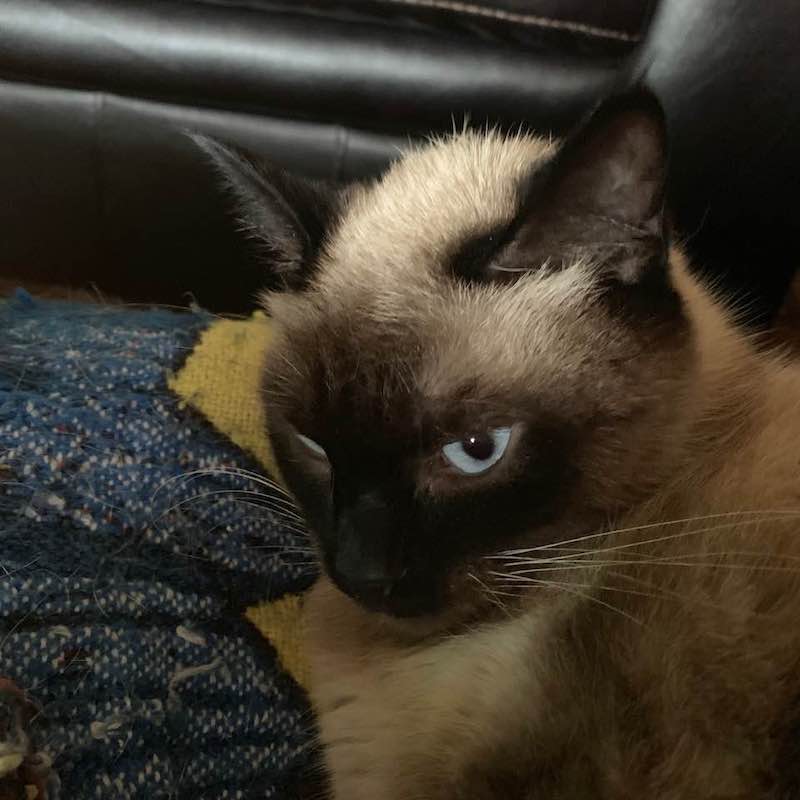 Megacolon (you can read about it here) is the term that is given to a cat with an “incompotent colon”.  Vet #2 had said that while a cat’s colon might generally be the size of the width of a finger, a cat with megacolon might have a colon more the size of the width of your arm. That sounds really frightening and painful.  And I still don’t understand how it could get there so fast. No tests have been done and he didn’t exhibit all of the things I’m finding in reading.

Furthermore, in my reading I see many vets mentioning the surgery, and that cats frequently do well following the surgery. So I decide to make round 2 of phone calls. Now I’m looking for a vet that will give me a second opinion, as well as affordable options for surgery. Once again it seemed I would struck out.  Practice after practice said they couldn’t (or perhaps wouldn’t is the better choice of words) help. I finally stumbled onto a woman at one practice who suggested I contact vet #3.

Vet #3 is a nice man that actually got on the phone with me. After hearing the details of the situation and the treatment given so far, he says I can bring Willy in at 8:30pm for another opinion. He tells me that often times megacolon can be treated medically, frequently without any surgery. I cannot sentence my beautiful boy to death without at least getting a second opinion. This vet, vet #3, is located about 75-90 minutes away from us, not far from Philly. Back into the car we go. 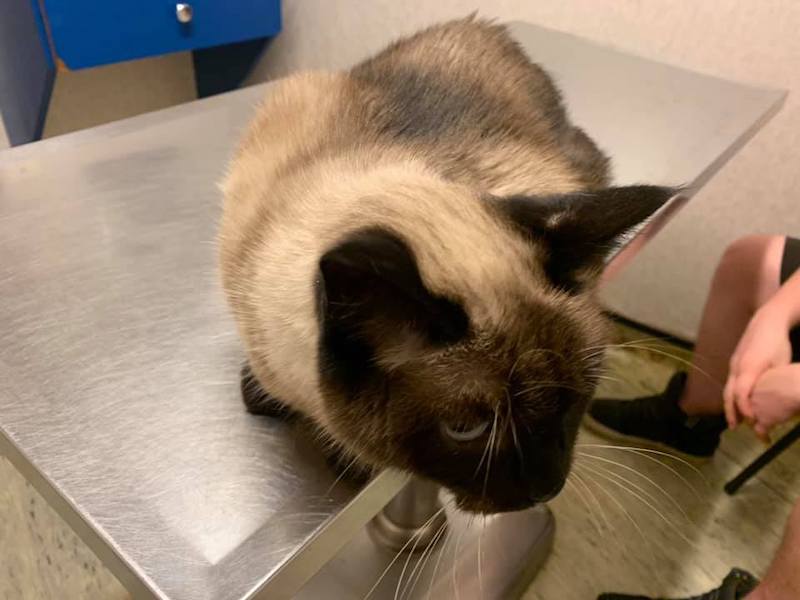 We meet vet #3 at 8:45 pm. He’s a nice man that says he has seen worse cases and feels Willy can be saved and that there’s no good reason to put him down. He said that Willy may need to be “cleaned out” a couple of times but that he is confident about the outcome. He said switching to a different diet using a specific food will be helpful. He stated it is possible that we’ll need trips to the vet at some time in the future if we see this starting to reoccur, or that we could be lucky and this be it. He is aware that we are struggling financially and is open to a payment plan. He admits Willy to the pet hospital at 9:15pm to begin treatment. Vet #3’s bill for Thursday is $378. I applied to Care Credit and my application was denied.

I have texted Jo letting her know to cancel the Friday afternoon appointment to put Willy down. I have to try. I love this beautiful boy and he deserves that much.

Please pray for Willy. I’ve told him repeatedly since this started “if you fight, I’ll fight”. He’s not given up and I’m not either.

I have set the gofundme goal at $800, basing that on the fee for yesterday’s visit and knowing at least one or two more visits are likely. Any amount helps, it all adds up, and any help is greatly appreciated.